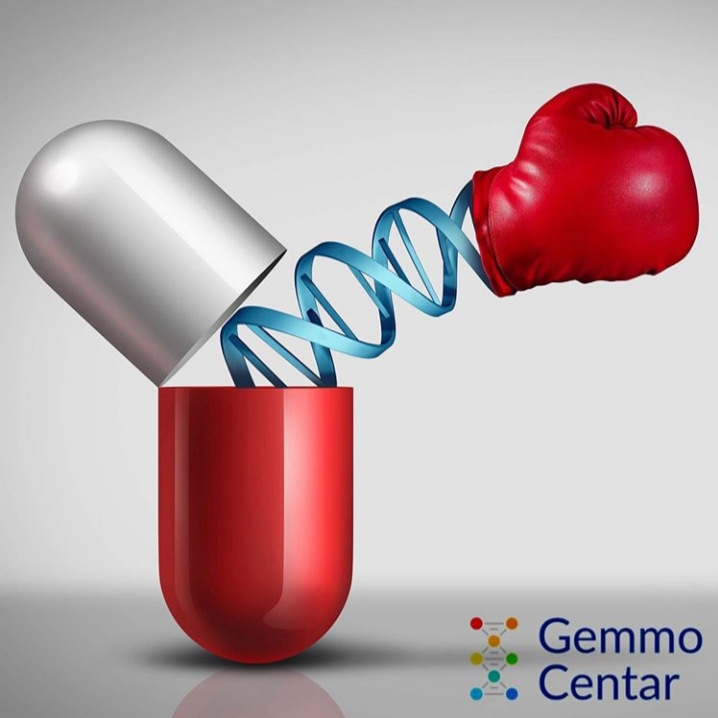 With the development of genetics and the discovery of variations in genes that affect drug metabolism, there has been a new understanding of disease and treatment, as well as a greater need for safe prescribing. Drug side effects are responsible for 5 – 7% of hospitalizations in the US and Europe each year, as well as the withdrawal of 4% of new medicines from the market. According to some estimates, 7% of hospital patients develop severe drug side effects and in 0.4% of cases they end in fatal outcome. Drug side effects are the fifth most common cause of death in the world.
Today we know that there are inherited individual genetic differences among humans that determine the fate of a drug in the body and the individual response of an organism to a particular drug. Standard doses of prescribed medication can cause serious side effects in one patient or virtually no effect in another. Genetic variation is associated with individual response to a drug.

The fate of the drug in the body
The drug introduced into the body enters the bloodstream and is thus transported to the target organ. Some enzymes produced by genes recognize the drug, break it down, and prepare it for excretion, causing most of the drugs to lose their effectiveness. The deactivated drug is finally filtered from the blood by the kidney and eventually excreted in the urine. Some drugs are excreted from the body by the bile through the bile, enter the digestive system and ejected by stool. Because many medicines are expected to work over a long period of time, they should be taken at regular intervals to maintain proper blood concentration. Thus, the drug always remains in the right concentration and achieves the expected effect.
Unfortunately, many people change in one of the genes that produce the enzymes crucial in this process. The drug still remains in circulation and shows its action, enzymes do not break it down and stays in the body much longer. This is not a problem if it is a single dose, but if a person takes the medicine three times a day, his blood level gradually rises until toxic side effects occur.
So e.g. in the case of taking certain anticoagulants, the concentration increases with each further administration of the drug until it reaches the level at which uncontrolled bleeding occurs.
On the other hand, there are inactive medicines called prodrugs. In this case, enzymes release their active form by degradation. Examples of such drugs are tamoxifen (a breast cancer prevention drug) and analgesic codeine. The prodrug enters the blood circulation in its inactive form. Enzymes in the blood transform it into its active form and it then works.
In some people, the enzyme that converts the prodrug to a drug does not work, so the drug has no beneficial effects other than possible side effects.
With the development of pharmacogenetics and the increasing availability of genetic tests, it is now possible to predict reactions to a number of drugs in advance.

The fastest way for your doctor to find adequate therapy is with your pharmacogenetic analyzes.